Pragmatism and the Gradual Shift from Dependency to Neoliberalism: The World Bank, African Leaders and Development Policy in Africa

Beyond the 'African Tragedy': Discourses on Development and the Global Economy

‘For the first time there is a comprehensive plan dealing with all aspects of the African plight. For the first time, it is constructed with reforming African leaders as partners, not passive recipients of aid’.1 This is how British Prime Minister Tony Blair described the launch of the New Partnership for Africa’s Development (NEPAD) in July 2002. Blair goes on to argue that NEPAD is ‘a new departure. It is a real signal of hope for the future and it is up to us now to make it a reality’, and reminded the British House of Commons that ‘Africa does matter; to us and to humanity’. As this quote suggests, at no time in the short history of independent Africa has there been such a close convergence in development thinking between African leaders and donors. Twenty years ago, there were strong disagreements between African leaders and international financial institutions (IFIs) over the causes of the continent’s underdevelopment, the solutions to the crisis and what should be the focus of future development initiatives. At that time, the debate, reflected the dominant explanations of Africa’s dilemma, and was represented by the Organisation of African Unity (OAU)2 and the United Nations Economic Commission of Africa (ECA) on the one side and the World Bank (the Bank) and other IFIs on the other

This accepted manuscript of the book chapter from Beyond the 'African Tragedy, 2006. Chapter 2;25-47. Posted with permission. 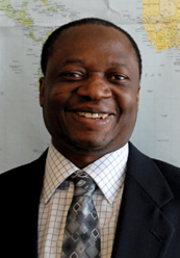